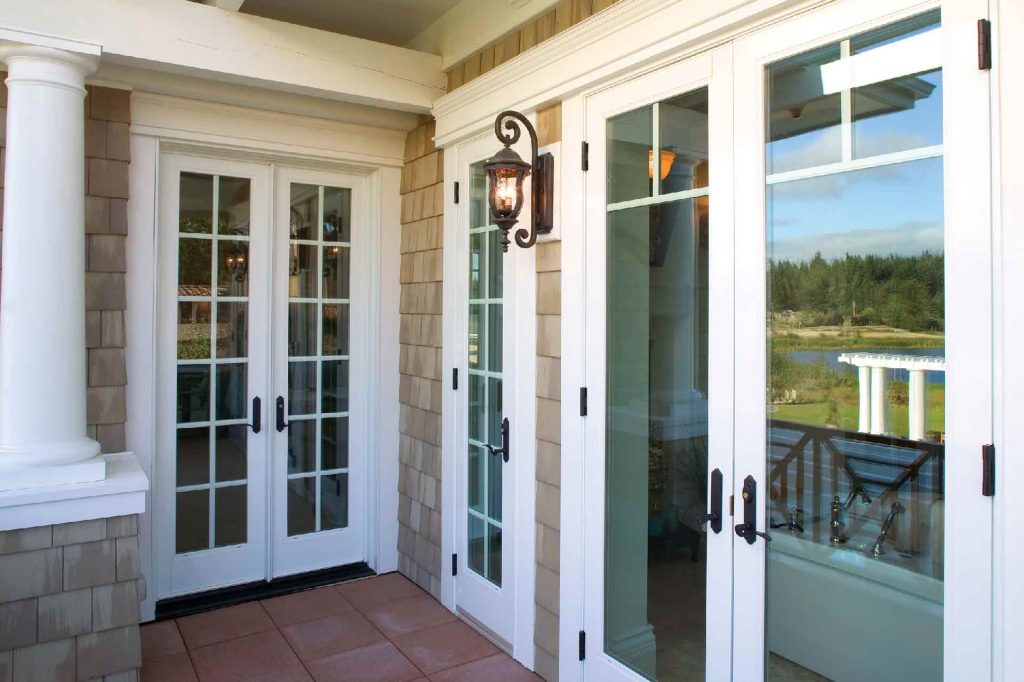 Benefits, Features, and Styles of French Doors in San Diego

Benefits, Features, and Styles of French Doors in San Diego

September 2, 2016
By:
Martin Whitmore, President of US Window & Door

French doors are a popular door style in San Diego. They can be found throughout San Diego in homes and businesses. If you are considering replacing your doors with French doors or even replacing a window with a door it’s important to know your options. We put together a comprehensive guide to French doors in San Diego to help you find the right products and services.

What comes to mind with French doors is often an in-swing or out-swing double door with grids. However, French doors have many different styles. French doors can be swinging or sliding doors. They can have multiple panels or single panels.

French doors also come with and without grids. However, if you take away too many of these style elements you end up with a different door entirely. So you can have a sliding door with grids that is considered a French door but if you don’t have grids most people would consider it a sliding glass door.

As mentioned, French doors often have features such as glass and grids but can also come with distinct styles of handles and locks, widths, and opening profiles. Grid features on French doors offer a nearly endless choice of styles.

You can segment the grids to specific portions of the door or let it cover the entire glass area. Grids can be found within the dual pane glass, on the outside of both panes of glass, or designed as cuts into the glass to give the impression of grids without additional material covering the view. Each style has it benefits and ultimately depends on what you feel looks best. Some people love the grids while others want more view.

French door widths vary wildly. A French door can be installed into a small opening for a single panel door all the way to the full width of a wall with a moving wall design. Most French doors fall in between those options and use two panels.

However, some gorgeous, moving glass walls feature French door styling. All these widths offer different opening profiles for the doors. A small width usually calls for an out-swing or in-swing door.

The medium opening widths often contain a two-panel French door that may or may not be a sliding French door. Anything larger often means multiple panels, most often 4-panel doors, where several panels are fixed and others operable.

The biggest openings are perfect fits for a moving glass wall system. These moving wall systems have as many panels as needed and can be multi-slide doors that fit into the pockets of the walls or bi-fold doors which stack on top of the adjacent doors to open the space.

Many manufacturers offer different handle styles and lock options. Everything from simple knob handles to modern handle styles can be found as standard features on most doors.

New door handles come with better locks and can hide whether the door is locked or unlocked to deter unwanted entry. If you are putting in multiple doors, the locks can be keyed so that the same key opens all the doors.

The handles and lock also mask whether the door is locked or open. Where previous styles of doors had a visible locking mechanism that was either up or down and showed intruders easy entry points, these new handles don’t have visible locking mechanisms. (Think you have a hard time securing your door? Check out some of the craziest door facts from around the world.)

Having all doors keyed to the same key also makes it easier for the homeowner who no longer has to have multiple keys for all the doors in the home.

French door styles are beneficial because they allow in the light like a window but also allow entry into and from the house. The grids offer a style that a door with large unobstructed glass panels doesn’t have.

French doors can be fitted almost anywhere in the home bringing the benefits of Frech doors to any location.

A single panel door is suitable for areas like a kitchen or side door where the room doesn’t contain enough space for a large door opening. Two-panel French doors including sliding doors are often found on entrances to patios or backyards.

They can also be seen on the interior of a home usually to an office or an area where visibility or extra light in the room is necessary. Four-panel French doors tend to be in locations where the entrance or exit of a room also benefits from a lot of light. These types of doors generally lead to large open outdoor areas.

Additionally, the moving wall systems are used to open vast areas of a home to the outdoors. These French doors create an indoor-outdoor space for any location.

Where to Buy French Doors in San Diego

If you plan on purchasing French doors, make sure to buy them from a trusted installation company. You should be able to get a free in-home estimate where the sales representative will take exact measurements.

Going to a “big-box store” with rough measurements and no idea on whether the door requires a new header to be installed could lead to disaster especially if the installers are contractors and not employees of the company. Professional door installation companies are here to help advise you on the best choices in product, manufacturers, and installation methods to ensure that you get the desired result from your home improvement.

Reach out to several home improvement companies to get as much information as possible for French doors in San Diego. You should always get as many quotes as possible to secure the right price for the best products and services.

“Our experience with US Window & Door was top notch! We replaced 5 windows and 2 sliding glass door in our home. Mark, our salesperson was very professional, detailed and knowledgeable and gave us a detailed quote. Martin, the owner, personally came to take the final window measurements. The whole process ran so smoothly and efficiently! The installers arrived on time and completed the job in an efficient and highly professional manner. After the install, Martin, the owner, came out for a final inspection to make sure everything went well and was performed to their professional standards. We highly recommend US Window & Door and love our new Milgard windows!”

By Elizabeth B. (Oceanside)
Receive a Free Estimate
Free estimate