Thank you!
Your submission has been received!
Oops! Something went wrong while submitting the form.
Close 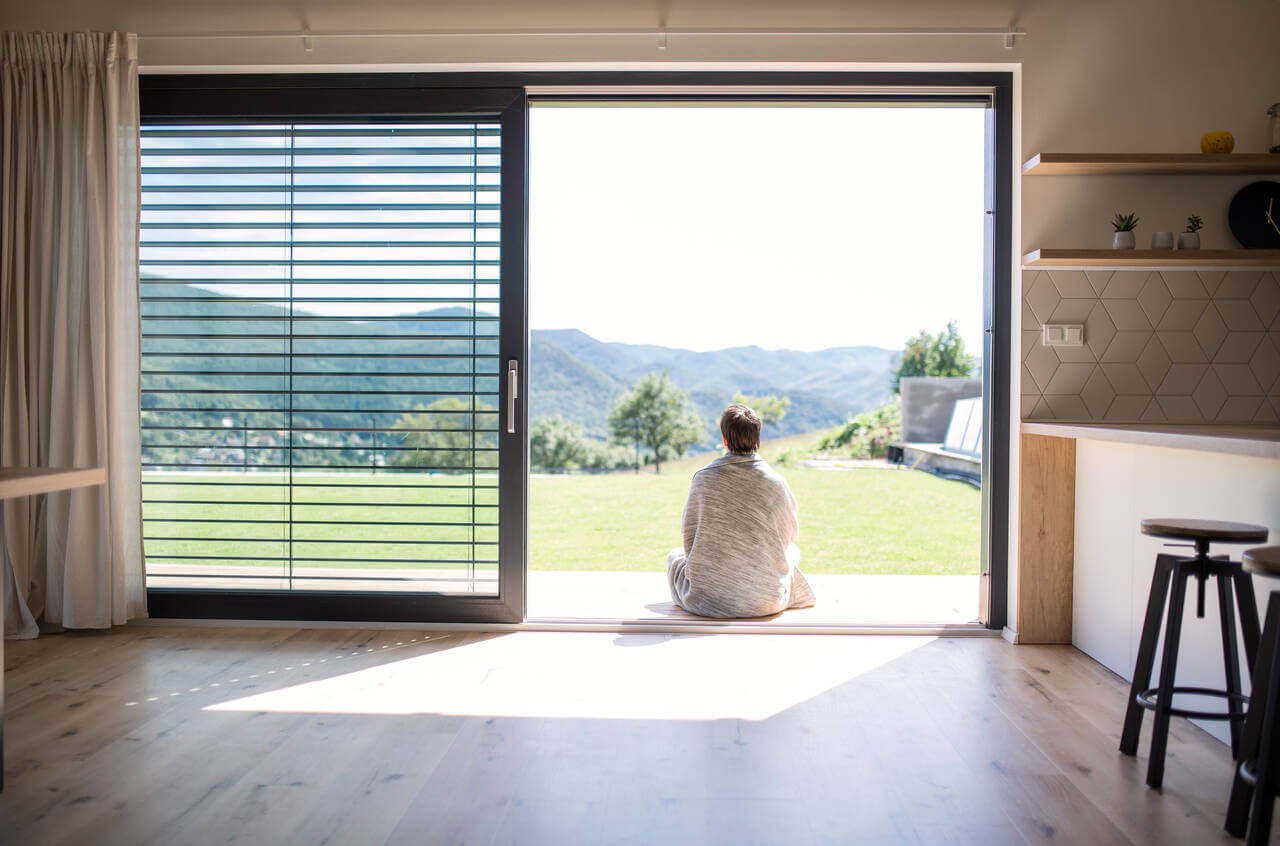 Where Did Sliding Glass Doors Come From?

Where Did Sliding Glass Doors Come From?

One of the most desired home improvement or building projects is the installation or replacement of sliding glass doors. Sliding glass doors are popular among homeowners because they save space and are simple to operate. They love them because they are elegant, they let in a refreshing wind, allow ample natural light to brighten up and warm your home, and provide immediate and scenic views of the outside. But where did they originate? We’ll talk about their fascinating history in this blog post.

Sliding doors were found in Roman houses as early as the first century CE, according to archeological sites in ancient Pompeii. The doors were suspended from the ceiling. The doors were able to move freely as a result of this. They didn’t require much space to open, which gave people more room in their homes. This capability was exploited to develop modern patio doors that can be found in most homes today.

The most commonly used system was the top-hung system: the door was suspended between two suspension wagons in a hidden lane. All the weight was absorbed by the suspension, making the doors easy to move, and there was a tie-stop to cushion the impact when the doors were slammed shut or kept open or closed. The weight of the door is a decisive factor in choosing a suitable sliding system. If the doors are hung in two places above, they need bottom tracks to prevent lateral swinging. The roller also has a safety lock that prevents the door from jumping off the track, and the bottom of the doors is held on the tracks. The popular type of this sliding door is the barn door, inspired by barns in the countryside and used in modern houses in Scandinavia.

The bottom rolling system consists of two rollers that run along the rails and two guides at the top. If the weight of the door cannot be carried from above, this system is used. In order to further improve the feel and usability of these products, a number of additional features such as a lock and other hardware to maximize security have been added in recent years.

If a sliding door is lifted from the frame when opening and closing, this is called a lift-and-slide sliding door system. More force is required to move this door compared to the top-hung or the bottom rolling system.

Pre-WW2 and Japanese Influence on Design

Sliding glass doors were first introduced in the early 20th century, and some historians speculate that these doors were designed after a Japanese door called Shoji, a translucent sliding door that hangs from a wooden frame. Since the seventh century, Japanese houses have had structural partitions, known as “fusuma”, which are used to create a separation between the rooms. These sliding doors are sometimes used in small private rooms and sometimes to divide larger rooms.

When paper was brought to Japan from China, it replaced silk, and the Fusuma Shoji changed their name to Karakami Shoiji (Paper Shojin Doors). They are used specifically for the bedroom and are interchangeably referred to as “fusuma” or “shoji.” The tools for silk binding were invented in the 16th century, along with the wooden frames that form the basis of today’s Fusuma, but paper eventually replaced silk. These doors are made of translucent paper, attached to a light wooden frame, and held together by a bamboo grid. This construction keeps the door open, giving it multiple functions, such as a window or simply as a room divider. “Washi” is the name of the traditional Japanese paper that’s used and it comes from the Kozo tree, a native tree of Japan.

Historical scrolls and drawings from this period show that in the twelfth century, there were decorative sliding doors that opened and closed. Originally, these doors were designed to divide rooms, but in the 15th century, they could open and close at any time.

Sliding doors found their fame in Japan, and that makes them one of the country’s distinctive trademarks. Traditional Japanese structures have been used for so long that elegant sliding doors are an important part of our country’s culture and history.

The Shoji provides a private space, while the glass is available for entry control and for illuminating a room due to its reflective properties. This makes it ideal as a window or as a door to other parts of the house.

Glass doors were manufactured during the Second World War, and some sources point that this led to glass sliding doors becoming the most popular type of door in the world.  Glass, a stable material, replaced the less stable parts of the sliding door to ensure long service life. This gave rise to the sliding glass door that we know today.

After the WW2 era, new builders and manufacturers wanted to create a seamless space between landscape and home. Construction turned to trackless systems, and patio doors became doors in hotels, condominiums, and private homes.

At the end of the 18th century, plate glass was introduced in Japan, and in the 1950s, floating glass technology was developed in Britain, which made large screens made of high-quality glass cheap. In modern Japan, it is quite common to have sliding glass doors inside, because of their cold climates. The layers of paper and glass help to insulate the house.. Floating glass influenced Japanese architecture and also the production of picture windows in Western architecture in the 1960s. Sliding patio doors quickly became common in hotel rooms, condominiums, and commercial buildings.

Current Use of Sliding Glass Doors

Sliding doors are not only common in homes but can also be found in many different types of buildings, such as hospitals, schools, and hotels. Sliding doors are also used in buses, vans, trains, and subways. Volkswagen used these doors in the Volkswagen Fridolin, which was produced from 1964 to 1974. The advantage of sliding doors is that you do not need extra space to open the door, and they are relatively easy to automate. The mechanism is also safe as it cannot be lifted off the hinge.

When manufacturers began to renew their patio doors, they focused on the experience homeowners and guests would experience when entering the house. They wanted to create a seamless interior and exterior experience by developing an open patio door, similar to the one in the Volkswagen Fridolin but with sliding doors.

Why Choose A Sliding Glass Door?

If you are not yet convinced that a sliding glass patio door is right for your home, you should look at all options to make a well-informed decision. Sliding doors are available in many configurations, but the most common are patio doors. Patio doors can be used in different ways, and you can have them in one, two, three, or four panels. A sliding glass door with four panels offers a wider, fantastic view of the outdoors. If that is not enough for you, sliding glass doors now come as a moving glass door system that allows you to stack and fold the glass panels so that you can leave them open whenever you want to create an extended living space. Energy-saving glass technologies, such as those we offer here at US Window & Door, are incorporated in our patio doors. Aside from the gas fills inside the door glass, our sliding doors have thick weather-stripping and an interlocking construction to ensure that the energy you need to cool or heat your home is never wasted. As a result, your household’s energy bills will be lower.

With every type of glass door, there are countless possibilities to adapt its design, and there is something for every type of home. If you have any questions or would like to know more about sliding doors, please contact US Window Door. We offer sliding glass door installation and replacement services you can trust. If you are looking for a new door design or looking to replace an old door, contact us for a free estimate* on exterior sliding doors. We provide high-quality sliding glass patio doors, including sliding glass French patio doors that are built to last.

As we continue to explore new ground with our products and assure safe and comfortable homes for our customers, we hope this brief history will remind us of the wonderful breakthroughs that have allowed us to enjoy these modern sliding doors today.

“No Need for Competitive Bids”

"This company rocks! I couldn’t be happier and this company is a stand out in San Diego and the highest marks for customer service!”