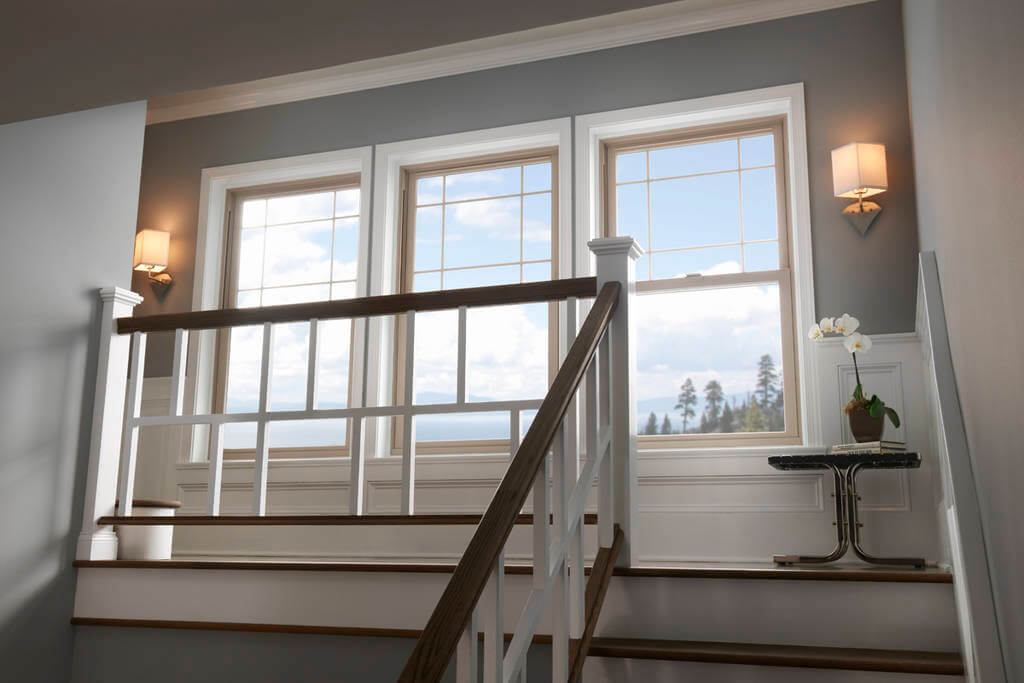 Choosing the right windows for your home might seem like the simplest, most straightforward thing in the world. It can be, but only if you know what to look for. One might think it’s as simple as choosing the color frame you want, or if you’re a little more advanced in your understanding of window aesthetics, what style frame best suits your house. While these two points certainly have their value in the decision-making process, they are by no means the most important.

There are several factors to consider when choosing the right windows for your home. There is the aesthetic side of things, yes, but you should also consider the practical side of the matter, too. It’s best to choose windows that are certified energy-efficient. Energy-efficiency in windows entails several factors, including frame materials, glass coatings, and the number of glass panels. Within this last factor are a couple of additional factors to consider.

You may or may not know about low-emissivity (or low-E) glass coatings, which block out harmful UV and IR rays that stream in through your windows with the sunlight. You may also know that the material you choose for the construction of your window frames makes a difference in the capacity of your windows to insulate your home. What you may not know, because it may seem a little superfluous at first glance, is that the number of glass panels in your windows makes a significant difference in the energy-efficiency of your windows. It may seem unrelated, but choosing windows with more than one pane of glass does mean the difference between a cold night or a hot day inside your house, as well as the difference between a higher or lower energy bill.

A Short History of Windows

Traditionally, windows have been a relatively simple thing, both in concept and in execution. It has been recorded that the earliest windows were holes cut into the roofs to allow light and ventilation, as early as 13th century BCE. Over time, this concept was improved upon by adding lattice, which still allows light into the home and assisted in ventilation, while simultaneously reducing the amount of excess debris inside. The addition of lattice and other obscurants also provide a small amount of privacy and security, while still allowing those inside to peer out and see what was going on around their home.

As early as the 1st century BCE, the ancient Romans began developing the basic representation of what a window should be by fixing glass panes in their windows. These early windows did not allow for much visibility at all. They were thick and cloudy, nothing more than glass jars melted down into flat sheets, with the principal purpose of providing additional shelter from the elements without losing any significant amount of light streaming into the home. This method of window manufacturing would be the precursor to what we would now call the artisanal method.

In this method of making windows, the glass-worker blows air – by mouth – into the molten glass through a long pipe. This inflates the glass like a balloon, and the glass-worker flattens the molten glass down into a sheet. The glass is then cut into a square or rectangular pane and a frame is fitted to it. This has been done for centuries and the results of this method can be seen in many historical homes to this day. If you have been to any building more than 200 years old, you must have noticed the interesting glass panes in the windows, along with their imperfections like small bubbles and a wavy or otherwise irregular pattern. Most often, these irregular patterns will take a puddle-like appearance. You will see circular ripples emanating from the center of many of the panes, if not all. These striations are the result of the molten glass bubble being flattened onto itself.

Over time, this method continually developed and was perfected, until around the 19th century, when float glass made its first appearance. This method of glass windowpane manufacturing is still the principal method used today. In this method, molten glass is floated on top of the surface of another molten substance, usually tin or some other metal with a lower melting point than the glass itself. The glass cools, and because the temperature is still high enough to maintain the liquid state of the metal beneath, the glass hardens into a smooth sheet. This was a revolutionary development in the window industry for several reasons. Most importantly, it was far more efficient than previous methods. Secondly, this new method resulted in much larger panels of glass that were of a higher caliber, much smoother and more consistent in thickness.

Even air doesn’t always have the same density, depending on the circumstances (altitude, moisture content, etc). For instance, argon is six times denser than air. This means that it theoretically takes about six times longer to heat and cool argon than to heat and cool air. Likewise, krypton is six times denser than argon, meaning that it would theoretically take six times longer to heat or cool krypton than to heat or cool air.

Double-pane windows have two panels of glass fitted in the frame, one layered on top of the other. Between these two layers of glass is a certain gas – colorless,

Why Does the Number of Glass Panes Matter?

Let’s preface the answer to this question with a short lesson in thermodynamics. The higher the density of a substance, the longer it takes to heat it up or cool it down. For example, you can heat aluminum a lot faster than steel, because steel is denser than aluminum. Because of this, steel can be said to have better-insulating capability than aluminum. This also applies to gases. Not all gases have the same density as air.

odorless and harmless – that has a higher density than air. The purpose of this gas is to increase the amount of time it takes for heat to be transmitted through the window. Likewise, triple-pane windows are windows with three layers of glass, and between the glass layers is more of this dense gas. Depending on a few variables, the gas will be either argon or krypton, as mentioned above. For instance, krypton is most often used in triple-pane windows, whereas argon is mostly used in double-pane windows. This is not always the case, as sometimes both gases are used in the same window to strike a better balance between cost-effectiveness and energy efficiency of a window.

Both of these types of windows are fitted with a metal spacer containing what is called a desiccant. A desiccant is a substance that absorbs moisture. This is an important element in the construction of multi-pane windows because the build-up of moisture between the layers of glass is not only unsightly annoying and impossible to clean, but it can also facilitate mold and mildew, which can be a serious health risk. For this reason, the desiccant is put into the spacer, and the spacer is well-sealed in the window. The spacer itself can be made of several different materials. Often the material used is aluminum because of its low cost. Milgard generally uses stainless steel, as it has better insulating capability than aluminum.

All of this information naturally leads one to the conclusion that traditional single-pane windows are not effective in blocking out the cold or the heat. When it comes to insulating properties, windows with a single layer of glass do not even come close to those that have two or three layers along with a dense gas between those layers. It can be safely said that they aren’t even in the same league as far as energy-efficiency is concerned. Choosing double or triple-pane windows can save you hundreds of dollars on your energy bills. They are inherently more energy-efficient than single-pane windows, even without the extra energy-efficient factors, such as low-E glass coatings or frame materials of a higher quality and effectiveness.

Which is Better: Double-Pane or Triple-Pane?

We have established the fact that double and triple-pane windows are more energy-efficient than single-pane windows. The question remains: which of these two is the better option? This is certainly a matter of a scholarly debate to which there is no single right or wrong answer. Each is a good choice and has its benefits and drawbacks.

Double-pane windows are made with one layer of glass less than triple-pane windows. They are also made with less metal, being that they only require one spacer. As a result, they will naturally weigh less.

The gas used in double-pane windows is usually argon. Argon is less dense than krypton. As a result, it does not have the same insulating quality and may prove less effective in slowing the transfer of heat through your windows.

This may seem self-explanatory, but it’s still worth expanding upon. By having fewer layers of glass, it also has less gas between the panels. This means less insulation because there’s a whole layer missing. A layer that could have (and would have) made a significant difference in the overall energy-efficiency of the window.

More glass means more space between the glass panels. More space between glass means more sound-dampening capability. Having three panels of glass does not necessarily mean that the window is equivalent to Milgard’s STC (Sound Transmission Class) line of windows that are specifically designed to significantly reduce the transmission of sound into the home.  The more insulating material you put between you and an outside sound, the less intensely you will hear it in your home.

It can be said to be a universal truth that you get what you pay for. While Milgard does a wonderful job of making its high-quality products at a reasonable price, triple-pane windows are still going to be more expensive. They are of higher quality, they cost more to manufacture, and they contain more expensive materials in their make-up. As a result, triple-pane windows will cost more.

Hopefully, this has helped clear some things up and answer some questions you may have about choosing the best energy-efficient windows for your San Diego Home. Thank you for choosing US Window & Door for all your energy-efficient window and patio door needs. Contact us at any time if you have additional questions, feel free to request an online quote to get started, or call for a free in-home evaluation and estimate for your project.

“Everyone I have worked with at US Windows & Doors is friendly, knowledgeable, and professional. I had a very larger slider installed in a location that made it very difficult to maneuver. The install team put a ton of work into make sure the slider looks perfect. Excellent job and I can't wait to make my next order.”